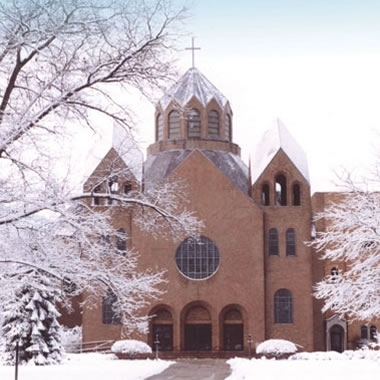 Beautiful New Music for the Season 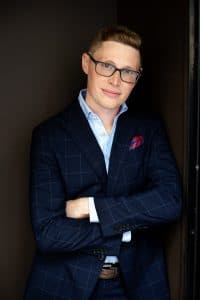 This annual holiday concert always draws a very large crowd of Northwest Indiana residents.  For this year’s concert, we have commissioned a new work from Indiana-based American composer Dominick DiOrio, Associate Professor of Music at Indiana University, Bloomington. The balance of the program will include other 21st Christmas works and familiar carols in new arrangements.

The concert will close, as usual, with our traditional, candlelit “Silent Night.”

Dominick DiOrio is a conductor and composer who has won widespread acclaim for his contributions to American music. Whether leading an ensemble or crafting a new score, he brings equal passion and determination to his work in vocal and instrumental music, and he has been recognized with The American Prizes in both Choral Composition (2014) and Choral Performance (2019). He is the 14th Artistic Director & Conductor of the Mendelssohn Club Chorus of Philadelphia.

DiOrio is also a member of the choral conducting faculty at the Indiana University Jacobs School of Music, a position he has held since 2012. At IU, he leads the select, new music chamber chorus NOTUS, a group that he has elevated to national acclaim through commissions, recording projects, and invited performances at regional and national conferences of the American Choral Directors Association (ACDA). NOTUS’ debut album, Of Radiance & Refraction, featured the world premiere recordings of five commissioned works.

An accomplished conductor, DiOrio has conducted ensembles around the world, from the Houston Chamber Choir and Choral Arts Initiative in the USA to Allmänna Sången and Ars Veritas abroad. He has collaborated with many of today’s leading composers and his repertoire spans the gamut of path-breaking works from the 20th and 21st centuries. As a composer, DiOrio has been hailed for a keenly intelligent, evocative style, which shows “a tour de force of inventive thinking and unique colour” (Gramophone), and his over 50 published works have appeared at major venues around the world including the Sydney Opera House, Lincoln Center, and Carnegie Hall. DiOrio’s recent commissioning partners include the Cincinnati Vocal Arts Ensemble & Cincinnati Chamber Orchestra, The Choral Arts Society of Washington, and “The President’s Own” United States Marine Band.

DiOrio currently serves as president of the National Collegiate Choral Organization and as chair of ACDA’s National Standing Committee on Composition Initiatives. DiOrio earned the Doctor of Musical Arts degree in conducting from the Yale School of Music, as well as the MMA and MM in conducting from Yale and the BM in composition from Ithaca College.