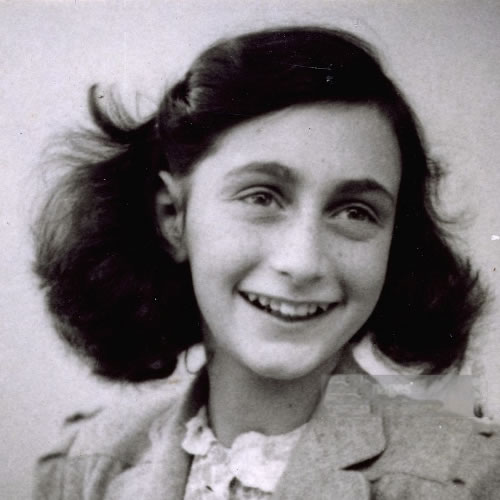 SOUTH BEND, IN—The courage, hopes and fears of Anne Frank form the wording of a full choral piece to be presented by the South Bend Chamber Singers on Sunday, April 23. In the work called Annelies, British poet, author and librettist Melanie Challenger used words from Anne Frank: The Diary of a Young Girl to illustrate the tragic story of just one of millions of Holocaust victims.

The free concert will be heard in South Bend at 7:30 p.m. at Temple Beth El, 305 West Madison St. The South Bend Chamber Singers are performing it in conjunction with sponsors, the Okon Family Endowment Fund for Holocaust Education at the Jewish Federation of St. Joseph Valley and the Kurt and Tessye Simon Fund for Holocaust Remembrance.

Annelies was composed by James Whitbourn and movements of the work were first performed in London in 2005 at the National UK Holocaust Memorial Day in Westminster Hall. Later Leonard Slatkin directed the Royal Philharmonic Orchestra, the Choral Choir of Clare College, Cambridge and soprano Louise Kateck in the world premiere, also in London.

A final chamber version with instrumental quartet was presented in The Hague, Netherlands in 2009 with Arianna Zukerman, soprano and Daniel Hope, violinist.

This is the adaptation that is to be sung by the South Bend Chamber Singers and will feature soprano Elizabeth Schleicher of South Bend. She is an adjunct voice faculty member at both Saint Mary’s College and Indiana University at South Bend and is vocal coach for the Folk Choir University of Notre Dame.

British composer Whitbourn’s music for this cantata has been described as “woundingly beautiful” by the Daily Telegraph, continuing that the music reflects sounds of the Westerkerk bells and tunes heard on the radio in the Annex and, reflecting as well, representations of Anne Frank’s Jewish and German heritage—details that add to a score ”whose respectful understatement is its greatest strength,” according to The Times of London.

The work takes teenage Anne Frank’s remarkable and penetrating observations, written while hiding in an Amsterdam attic, as the basis for its extraordinary and moving libretto, adds the Daily Telegraph.

Dr. Nancy Menk, Director South Bend Chamber Singers, says, “Anne Frank’s words are always poignant, but the addition of Whitbourn’s stunning music brings them to life and makes them even more impactful. We see Anne’s innocence, along with wisdom beyond her years, as she hides in the attic awaiting her fate.”

“Also are on the program,“ says Menk, who is chair and professor of music at Saint Mary’s college, “are three beautiful Hebrew Psalm settings by Judith Shatin, Wayland Rogers and Kenneth Lampl.” South Bend Chamber Singers, an ensemble-in-residence at Saint Mary’s College, is in its 28th year.

The Okon Family Endowment Fund for Holocaust Education at the Jewish Federation of St. Joseph Valley.

In this video, excerpted from the 2019 Christmas at Loretto concert, given by the South Bend Chamber Singers under the direction of Dr. Nancy Menk, we hear t...
View on Facebook
· Share

We love commissioning and premiering new and innovative choral works like this beautiful piece by Indiana University professor Dominick DiOrio, “Sleep, Sleep, Happy Child,” performed by the South Bend Chamber Singers last December.Please consider supporting our work and the work of these talented composers by clicking on the link below. #GivingTuesdaywww.southbendchambersingers.org/donate/(Pssst…if you want to hear another world premiere, join us for our annual “Christmas at Loretto” concert on December 18 at 7:30pm!) ... See MoreSee Less

We are so grateful for the #GivingTuesday movement, celebrating its tenth year of inspiring philanthropy and giving, unleashing the power of radical generosity throughout the world.Please consider a gift to South Bend Chamber Singers this holiday season. Your generous contribution can be made online at our website or by clicking the link below. Contributors of $250 or more will receive 2 complimentary season tickets to our 2 campus concerts (a $150 value).All gifts are greatly appreciated and go toward the many costs we incur to bring new and innovative choral music to our beloved Michiana community! We thank you for making it possible to do what we love year after year!www.southbendchambersingers.org/donate/ ... See MoreSee Less