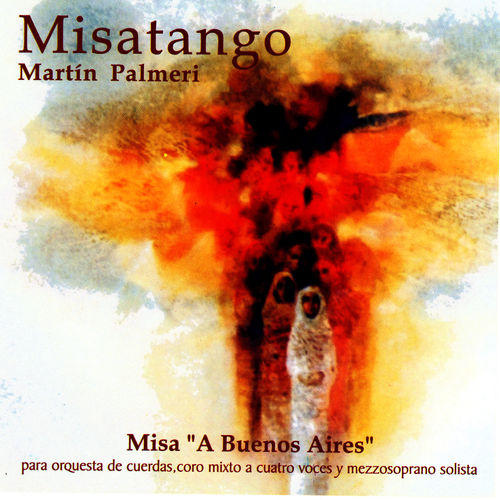 SOUTH BEND, IN—A Latin mass sung to melodies and rhythms often found on the streets of Buenos Aires (Tango Nuevo) is featured in the final concert of the South Bend Chamber Singers 2016/2017 season.

Popularly called Misatango, but formally known as Misa a Buenos Aires, this piece was composed by contemporary Argentine composer Martín Palmeri and was written for mezzo-soprano solo, mixed choir, bandoneon, piano, and string orchestra. It will be presented at 7:30 p.m. Sunday, May 21, at the Church of Our Lady of Loretto on the Saint Mary’s College campus.

Palmeri, a multiple prizewinner, often merges music of old Europe—here, a traditional Latin mass, with the sultry mood of the Argentine tango. He is a composer of opera, oratorios, choral and orchestral compositions. In 2013 Palmeri brought together the Cologne Cathedral Choir and Roma Sinfonietta to perform Misatango in honor of Pope Francis in Rome.

Performing as soloist with the South Bend Chamber Singers (SBCS) will be mezzo-soprano Jamie Caporizo. She is an adjunct professor of voice at Indiana University South Bend and Saint Mary’s College and serves as assistant director of music and liturgy for the Sisters of the Holy Cross in Notre Dame, Indiana. A passionate educator, Caporizo taught music for five years in public schools in her native Connecticut and coordinated a choral program for disadvantaged Brazilian youth.

She recently performed the role of Rosalind in the world premiere of Roger Steptoe’s As You Like It for Opera Notre Dame. Other roles of note include Mrs. Noye (Britten’s Noye’s Fludde—Notre Dame Children’s Choir) and Dido (Purcell’s Dido and Aeneas—UNC Charlotte Opera). Another recent concert appearance includes Vivaldi’s Gloria, RV 589 with the South Shore Orchestra. Ms. Caporizo earned the Master of Sacred Music degree at the University of Notre Dame, where she appeared as a soloist with the Notre Dame Chorale (Handel’s Messiah) and Notre Dame Vocale (Elijah with Nathan Gunn, Vivaldi’s Gloria, RV 639 and C.P.E Bach’s Magnificat).

Chamber instrumentation for the concert will be presented by Cuarteto Tanguero. This is an ensemble that aims to “strike an elegant balance between traditional tango and modern performance tastes” to “inspire audiences to explore tango as a vehicle of self-expression.”

Ben Bogart, one member of the group, is a saxophonist turned bandoneonist who will solo on the bandoneon, a type of concertina, during the concert. He studied classical music at University of California, Santa Cruz, and Jazz at Berklee College of Music and now studies with the Bandoneón Players in Buenos Aires and plays with the Orquesta Escuela de Tango Emilio Balcarce, the school featured in the film Si sos brujo: A Tango Story (2005).

Nancy Menk, Music Director, holds the Mary Lou and Judd Leighton Chair in Music at Saint Mary’s College, Notre Dame, Indiana. She also serves as Music Director of the Northwest Indiana Symphony Chorus. She holds B.S. and M.A. degrees in Music Education from Indiana University of Pennsylvania, and the M.M. and the D.M.A. degrees in Choral Conducting from the University of Cincinnati College-Conservatory of Music. At Saint Mary’s College, Dr. Menk serves as Music Department Chair, conducts the Women’s Choir, the Collegiate Choir, teaches conducting, and prepares the Madrigal Singers for the annual Christmas Madrigal Dinners.

To learn more visit: www.southbendchambersingers.org; or for ticket info contact the Box Office at Moreau Center at 574-284-4626 (9 a.m.-5 p.m. Monday-Friday) or visit www.saintmarys.edu.

We are so happy to be back together! ... See MoreSee Less

As two of the original members of the South Bend Chamber Singers, we are so excited for the new season to begin and to attend the upcoming concerts! ... See MoreSee Less

Auditions for the 33rd concert season of the South Bend Chamber Singers will be held from Monday through Sept. 5 at the Moreau Center for the Arts.
View on Facebook
· Share